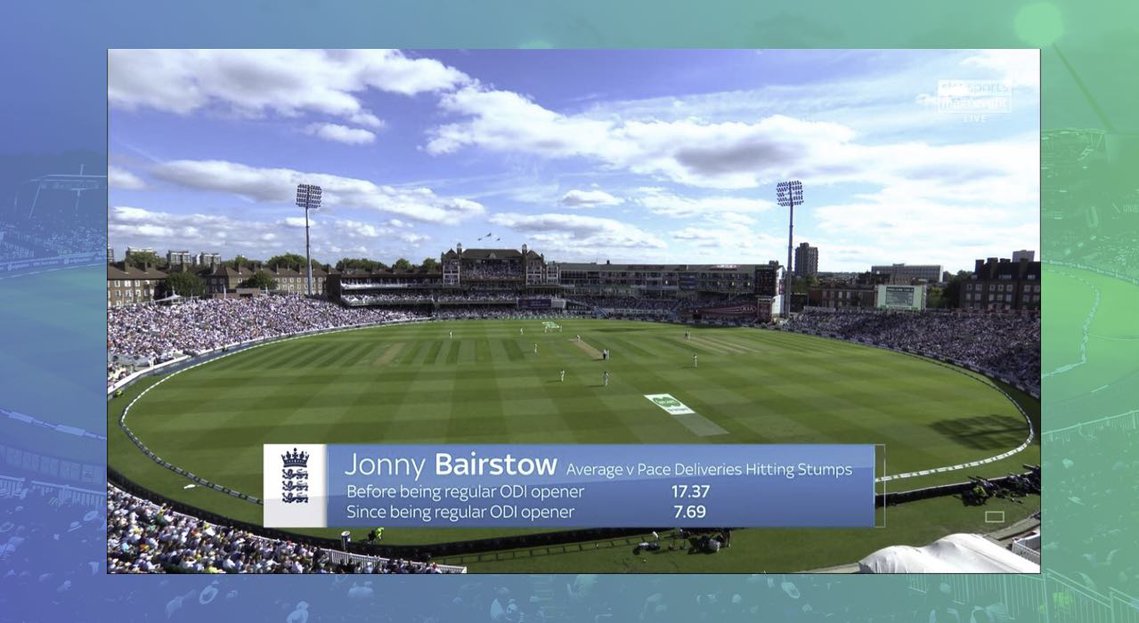 At CricViz, our approach to broadcast is simple - we want to add detail, analysis and explanation to broadcasts of the highest quality. Cricket fans can now watch more cricket than ever, the consumer arguably more informed about the game than they have ever been before - and they want to be challenged.

Analysis like the clip below, a CricViz-driven assessment of the England batsman Jonny Bairstow, is becoming more in demand. Bairstow, a vibrant and attacking batsman who was a key part of the World Cup winning squad, has struggled against deliveries which would hit his stumps - deliveries which, all too often, have hit his stumps.

This is a fairly simple observation, but CricViz data allows it to become more vibrant, informed and engaging. Suddenly, Bairstow's troubles are not just a generalised issue - they are a clear, quantifiable problem which needs to be solved if he's to succeed.

Analyses of this type often finds its way into the England dressing room in particular, and whilst the players in question don't always take kindly to their game being picked apart, such forensic analysis is commonplace in all sports. Nothing goes without comment, no stone is left unturned in the dissection of a player's game, and CricViz is in large part to thank for that.