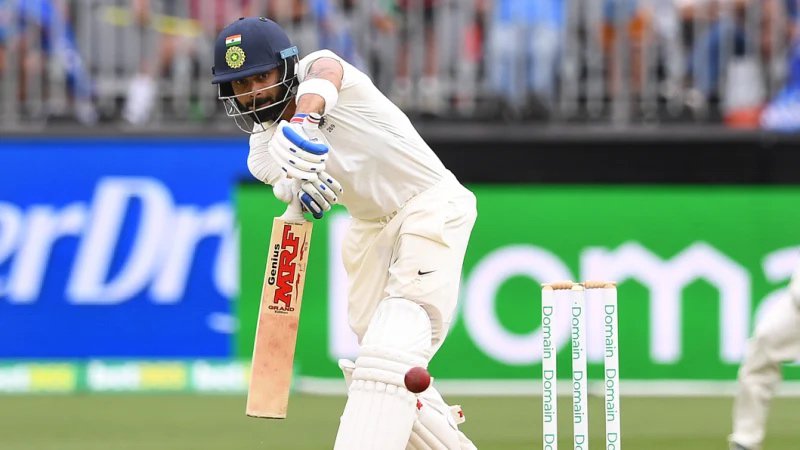 CricViz publish an astonishing amount of analysis on players from all over the world, in all formats of the game, throughout the cricketing calendar. As you would expect, the highest profile players demand the most attention and draw in the readers' eyes. When you're talking about the best in the world, people listen.

So it was last year, when a CricViz piece caught international attention. An article concerned with how to dismiss Virat Kohli, ahead of the Indian tour of Australia in the highest profile Test series in the world, went viral on social media. So much so that it caught the attention of the Australian camp themselves.

As detailed in this piece by ESPN Cricinfo writer Melinda Farrell, the article's central idea - that relentlessly bowling full to Kohli was the way to go - had interested Australian coach Justin Langer, who had distributed the CricViz article amongst his bowlers as a means of establishing a bowling plan for the upcoming series.

A recent article by Cricviz writer Ben Jones, which analysed Kohli's batting, caught the eye of some members of the Australian camp, including Justin Langer. The head coach distributed the article among his players before they arrived in Adelaide and ESPNcricinfo understands it has been discussed in a team meeting to establish bowling plans to each Indian batsman.

Teams and coaching staff typically use a range of analytics resources and video along with personal experiences and observations to formulate their plans and, while Australia's final plans for Kohli will ultimately be decided over the next few days - and adapted as the Test and series unfolds - the fact that such an article has even been thrown into the mix shows they are willing to search far and wide while considering ideas from outside the established brains trust.

The basic premise of the theory put forward by Jones is that Kohli is most vulnerable to fuller deliveries that deviate in towards the right-hander off the seam. In the eight Tests Kohli has played away from home this year, in South Africa and England, he has been dismissed significantly more often when bowlers have pitched the ball up. Cricviz figures show Kohli averages 46.28 against full deliveries compared to 66.33 against good length balls and 69.33 when facing short-pitched bowling.


It was a breakthrough in the discussion of analytics in Australia cricket, a culture of excellence and high-performance but rarely analytical nuance - and it did its job. One century in 10 innings was not the sort of return which many had anticipated for Kohli, a man at the peak of his game and coming off the back of a dominant tour of England. The series went the tourists' way but, on that level at least, Australia competed.

Perhaps they had the numbers to thank.